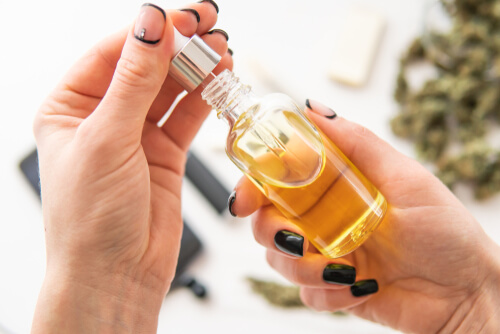 Psoriasis is a skin condition that leads to the buildup of cells on the skin surface, forming red patches and silvery scales on the skin. Some researchers have suggested that CBD can be used as an effective medication to treat the symptoms of psoriasis and improve the overall health of the patients. The famous anti-inflammatory properties of CBD support the studies.

The patches on the skin might crack and bleed, and people with psoriasis report inflammation and swelling in different body parts. As of now, there are no treatments for psoriasis, meaning that all the available medications attempt to reduce the symptoms of the disease.

According to studies conducted by the National Psoriatic foundation, about 30% of people with psoriasis are likely to develop psoriatic arthritis that causes inflammation and stiffness of joints.

Benefits Of CBD For Psoriasis

CBD works by interacting with the endocannabinoid system that regulates the following functions.

CBD helps handle the symptoms of psoriasis by:

Inflammation is a major symptom of psoriasis and psoriatic arthritis and the anti-inflammatory properties of CBD offer benefits to people with these conditions.

The growth rate of skin cells in people with psoriasis is higher than in normal people. Studies suggest that cannabinoids may reduce the growth of skin cells and reduce their deposition on the skin surface.

A 2007 study found out that cannabinoids can help to slow down the growth of cells referred to as keratinocytes in the outer layer of skin. A slowed down cell growth indicates that the red patches and scales on the skin will see a significant decrease.

Psoriasis and psoriatic arthritis cause multiple pain symptoms in the patients and the pain relief properties of CBD come of help in handling the distressing pain symptoms of the conditions.

Itching is often associated with skin conditions like psoriasis. A 2017 review that studied the relevance of cannabis in dermatology suggested that cannabinoids can be an effective medication that could reduce itching in people with psoriasis.

The patches on the skin of people with psoriasis often crack causing bleeding. A 2016 study found that cannabinoid receptors played a crucial role in healing wounds. The finding suggests that CBD could be used to heal the open wounds caused by psoriasis.

CBD is used as an effective medication that cures multiple physiological and mental conditions and the characteristic benefits of CBD seem to be promising in psoriasis treatment as well.